Reflection on Islam in Indonesia

Reflection on Islam in Indonesia

I grew up with the shadow puppet shows, originally from India and Indochina and came to Indonesia in the 8th century and was later adopted by the Muslim to spread their religious teaching. There are remnants of earlier traditions in today’s shows, e.g. the way that the gods are presented. The shows interestingly are still popular, in Java and in other places. Its raison d’être was to disseminate a message through the amusement of spectacle. The children go to the show for the sweets, snacks and toys sold by peddlers; the youths come for the jokes and the fights among characters of the puppets; but for the adults the philosophical message is more engaging. Life begins peacefully and with time there happens a conflict between people of the right and those of the left and nobody wins or loses. Next, comes a period of massive turbulence described as if there are seven big earthquakes within a day and the heavens fall. This periode is only a prelude for emergence of a white knight coming to fight and win the war, and peace follows. For Javanese people normal life of a figure follows the same line.

Some months ago there was an election for a governor in Jakarta where in the second round emerged two competing candidates from two different traditions, a devout Muslim with a Muslim as vice governor candidate and a less devout one the vice candidate of whom a Chinese Christian. The fact that the vice governor candidate was a Christian presented a challenge for some Muslims. There was a debate in the Muslim community over whether a non-Muslim could be voted for leadership of Muslim “community”. Some said that it was prohibited since there is a verse in the Quran saying that the believers should not take an infidel as leader (3: 28). In the election the couple of a less devout and a Christian won with 62% of the votes. Then I heard one of Muslim leaders try to save face quoting a saying of the Prophet Muhammad abusively that in the last days Muslim will be supported by aprofligate.

Islam can be like the puppet show, seen by peoples of different apperceptions as representing different meanings. It can be understood as teaching violent treatment against others as well as suggesting politeness and mercy. Those who overreacted violently against the film Innocence of Muslims and those who reacted peacefully shared the same association to Islam but with different way of understanding it. Then, what matters is not your adherence to Islam, but the way you cultivate yourself by its teaching that may make you more and more humane.

How to do Religious Tolerance and Religious Dialogue in Indonesia 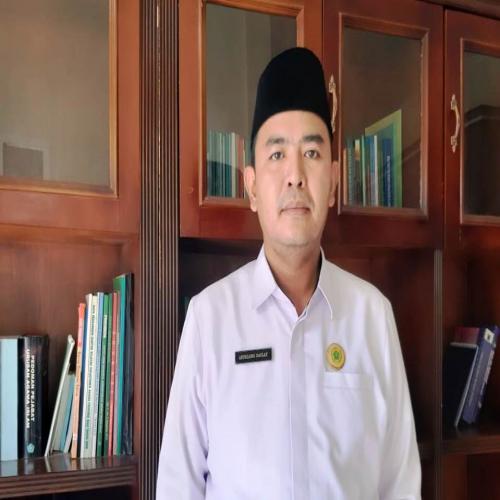